CHICAGO -- June 11, 2020 -- A set of antibody biomarkers can help predict which patients with rheumatoid arthritis (RA) will respond to therapy, according to a study presented at the 2020 Virtual Meeting of the European League Against Rheumatism (EULAR).

“We have identified a set of 3 antibody biomarkers that can predict failure of early disease remission after first-line RA therapy, which might contribute to personalised medicine decisions,” he said.

For the study, the researchers collected serum samples from patients with RA with a disease activity severity (DAS-CRP) score

A cDNA phage display library, representing the antigens from RA synovial tissue, was constructed and screened for antibody reactivity in baseline serum samples of patients that failed to reach remission at week 16 (n = 40) and those who did (n = 50). Antigenic targets that showed increased antibody reactivity in pools from patients that did not reach disease remission, were further validated in individual serum samples of 69 patients with RA that did not reach DAS-CRP remission at week 16 and 122 patients with RA who did.

“Screening and validation of antibody reactivity resulted in 41 novel antigens,” the authors reported. “A panel of 3 of these peptide antigens could be composed, whose baseline antibody reactivity correlated with lack of therapy response at week 16.” 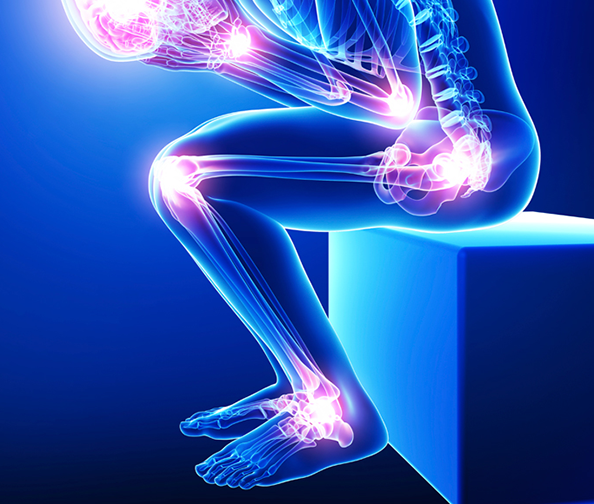 PeerVoice invites you to explore the education and resources on this site that provides a comprehensive approach to managing your patients.

Insights and developments from leading experts.

Helpful resources for your practice and patients.

The European Map of Axial Spondyloarthritis: Capturing the Patient Perspective—An Analysis of 2,846 Patients Across 13 Countries

Enthesitis: From Pathophysiology to Treatment

Ustekinumab Is Superior to TNF Inhibitor Treatment in Resolving Enthesitis in PSA Patients With Active Enthesitis: Results From the Enthesial Clearance in Psoriatic Arthritis (ECLIPSA) Study